Professor Murillo Campello is Lewis H. Durland Professor of Management and professor of finance at the Johnson Graduate School of Management. An internationally recognized scholar of financial economics, Campello's papers have dealt with such issues as the impact of market imperfections on companies, the limits of the firm, product markets, corporate capital structure, monetary policy transmission, financial crises, and econometrics. His work has been cited by prominent policy authorities, such as the Federal Reserve chairman, mentioned in Congressional hearings, described in the "Economic Report of the President," and used to advise the U.S. Supreme Court. His recent work on the financial crisis has been widely featured in the financial press (Financial Times, Reuters, The Wall Street Journal), books, and academic outlets. 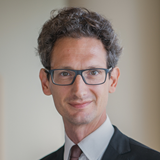 He is an expert in corporate finance, financial intermediation, entrepreneurship, and behavioral economics. Recently, he has studied the impact of financing constraints on the real economy. Thesmar also investigates risk management and systemic risk in banking. He has also researched firm organization and non-rational decision making on corporate strategies. His work makes systematic use of large datasets but emphasizes a parsimonious modelling approach to address economic questions.

A native of France, Thesmar has been involved in policy advising both at the French and European level. He was a member of the council of economic advisors to the French prime minister from 2007 to 2013, and is currently a scientific adviser to the European Systemic Risk Board. An active participant in the public debate, Thesmar is the author of several books, and a regular columnist for the French daily newspaper Les Echos. He has also held numerous consulting positions in the private sector, with a focus on big data related topics.

Thesmar hold a BA in physics and economics from École Polytechnique, and a PhD from the Paris School of Economics.

Current Research Focus: Thesmar's research is in corporate finance. One first area is valuation, with an emphasis on forecasting rules and valuation methods. This line of research employs survey data as well as laboratory experiments in order to shed light on the efficiency of the capital budgeting process. Another related area is corporate governance: He shows that ESG investment does not contradict value creation. A third line of research argues that finance benefits the economy by allocating capital to the right projects: He finds that this contribution is very large. 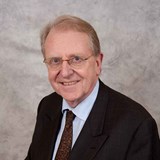 On October 1, 2003, Georges Ugeux founded Galileo Global Advisors to offer CEOs, Boards of Directors and Governments independent advice on international business development, restructuring, compliance and mergers and acquisitions. For fifteen years, Galileo’s primary focus has been advisory services in Europe and Asia, with a particular focus on emerging markets such as India and China. Georges is a Lecturer in Law at Columbia University, where he teaches a seminar on “International Banking and Finance: the challenges.” In 2017, Sorbonne University Paris I invited Georges as a visiting professor for the 2017-2018 academic year. He has lectured at the University of Louvain, the College of Europe in Bruges and has served as Special Advisor to the Program on International Financial Systems at Harvard Law School. He sits on the Board of Polyfinances in Montreal (the financial vertical of Polytechnique) and is a member of the Advisory Committee of the Emerging Market Institute of Cornell University. Georges holds a Doctorate in Law and is Licentiate in Economics from the Catholic University of Louvain.